Hello everyone! January the 14th today and  for Sina it is a special day. Sina and all of the Orthodox World are celebrating the Feast of The Holy Fathers slain at Sinai and Raithu (4th – 5th c.)

The Holy Fathers at Mount Sinai lived in the wilderness around the holy mountain before the Emperor Justinian built the famous Monastery there in 527. The brethren were attacked by a band of Saracen barbarians who massacred Doulas, the superior of the community, and most of the other monks. They only stopped when a pillar of fire rose to the sky from the summit of Sinai, causing them to flee in fear.
The Forty-three Holy Fathers at Raithu were massacred on December 22, but are commemorated together with the fathers of Sinai. They lived the monastic life on the shores of the Red Sea. One day about three hundred Ethiopian barbarians raided the area, killing many Christians and enslaving their wives and children. They attacked the church at Raithu, where forty-three fathers had taken shelter. Their abbot Paul enjoined them to persist in prayer to the end, putting no stock in the passing life of this world, which they had renounced when they came to the desert. No sooner had he finished his prayer than the barbarians broke in, slaughtering all the monks but one, who escaped to bring news of the attack to Mt Sinai. When the barbarians returned to their ships they found that the Christians had run their vessels onto the rocks. Enraged, they killed all their prisoners. They themselves were massacred by a band of armed Christians who arrived soon afterward.

It is good to be back. I am now trying to get on top of my jam-packed inbox. Lots of interesting posts to catch up on! I promise to do my best to read them all.

My trip to Sinai was amazing. The Feast of Saint Catherine took place in the most glorious colors. Many pilgrims were present this year for the feast of Saint Catherine. Bishop Joachim came from Jerusalem, and Bishop Nicholas from Alexandria, together with other clergy. Chanters came from Greece and Egypt, and were joined by members of the community.

The vigil began at eight o’clock in the evening, and went on through the night, concluding at five o’clock in the morning. It was still dark when we had the procession around the church with the relics of Saint Catherine.

A few words about Raitho

My first port of call before arriving at the Monastery of Saint Catherine was Raitho, which is the underpinning of many of my poetic endeavors.I love the atmosphere of the place and the spiritual income I derive from my visit to the biblical Elim

The Byzantine Emperor Justinian did not only build the famous monastery of St. Catherine, but he built a second monastery:
The Raitho Monastery in the modern El Tur, which was a port on the Red Sea dating back to Phoenician times.

This monastery is located alongside the Old Port of El Tur and it has been a site of monastic habitations from the late 3rd and early 4th century. Nowadays, Greek orthodox monks still live here and it is a spiritual oasis for the Orthodox Christians of Egypt. These are not the Christians known as Coptics. They do not recognise the Pope as the spiritual leader and in their eyes the interpretation of the faith by the Coptic church is false. This all dates back to the year 1054 when the schism between the eastern and western christianity lead to the separation between the Orthodox (Byzantine patriarchs) and Roman-Catholic or Latin Church.

In the Bible El Tur is called Elim, where Moses arrived at the seventy date palms and twelve springs of water (Exodus 15:27). The old town Raitho (now El Tur) was located at the bay, which formed a natural harbour near the mouth of the Gulf of Suez. Provisioning was done earlier by ship and the stock was saved in the Raitho monastery before it was brought to the Sinai monastery (nowadays the Monastery of St. Katherine) in St. Katherine.

In the 3rd century, El Tur was a refuge for persecuted Christians.
From the end of the 3rd century to the mid 5th century, at various times during the persecutions of Christians by the Romans and their accomplices, a group of martyrs was slaughtered in Raitho and other parts of the Sinai. About 378 AD a group of 40 monks, known as the Holy Martyrs of Raitho (Isaiah, Sabbas, Moses, Jeremiah, Paul, Adam, Sergius, Domnus, Proclus, Hypatius, Isaac, Macarius, Mark, Benjamin, Eusebius and Elias), was killed by the Blemmyes at this site. This is annually commemorated in the Orthodox Church on January 14th.

Archaeological excavations
There are several places in El Tur (Wadi El Tur, Gebel Naqus, Raaya and El Kilani) where archaeological excavations have taken place since 1984. Another monastery from the 6th century with 2 basilicas was found, an (olive) oil press, stock rooms and kitchens, cells of monks, a number of ovens and a reinforced wall with two entrances. They also found more than 4000 fragments of manuscripts that provided new insights on early Islam, its development of social and business networks and its relationship with Roman, Christian and Byzantine cultures.

Today, the Raitho monastery is called the Monastery of St. George.
The traditional monastic presence is being continued by the Sinai dependency of Saint George, connected to the world famous Monastery of St. Katherine, which lies deep in the Sinai High Mountains.

In earlier times, the old church of St. George was moved three times because of the rising of the sea level. The last time this occurred around 1875. Today proper and regular maintenance takes place at this old monastery and the church. Not far from the monastery and the old church of St. George, the Christian community of El Tur has built an impressive new church with surrounding gardens. Here are the regular services held for the faithful.

During archaeological excavations in Wadi El Tur, the body of Saint Gregory of Raitho was found. He built the old church of St. George in 1876 and died in 1889. His remains were returned to the monastery of St. George, named after this Holy man, where it is now allowed to pray beside his body which is a Holy relic to Orthodox Christians.

In the Greek Orthodox church, Saints are considered as intimate brothers and sisters who have gone to Paradise. They are not dead but ‘passed away’. Their love has not stopped and also their prayers for saving the world will never stop; they pray for the people and they are respected; their icons are revered and the faithful believe in their mediation. Also after they have passed away many miracles are attributed to them.
Through the icons, the saints that they depict are present for the faithful (that’s why believers do not hesitate to kiss the icon) and they reveal to them the continuing presence of Christ and the saints. Hence the icons are called the windows of eternity.

When you stand in the room where the body of this Saint George lies in state, it directly strikes that his remains have been preserved well and that the remains spread the same pleasant sweet smell of myrrh like other Saints, like the remains of Saint Katherine in the Monastery of St. Katherine. The monks told us about the miracles he still performs today. These are carefully documented by the monks and sent to the leadership of the church for review. The last time Saint George was seen, was during the demonstrations in Egypt in January 2011, protecting this monastery and church.

El Tur is the capital of South Sinai and located 100 kilometres north of Sharm el Sheikh (only a one hour drive by car) along the road to Suez and Cairo.

El Tur has a milder climate than Sharm el Sheikh and often a refreshening breeze is blowing. It is a city that hardly knows tourism and travellers looking for a quiet alternative to Sharm el Sheikh, can here discover the simple rustic life in the Sinai.

The history of the city of El Tur dates back to the time of the pharaohs but little people know about it, as El Tur is not located in an area destinated for tourism, but is has a longer history than most other places in Sinai. The first inhabitants called it Raitho, the land of fruit, because there were so many palm trees with dates to be found.
In the Bible El Tur is called Elim. El Tur later was named after the nearby mountain, Gebel El Tur.

The old city was built of coral and fossil and you can still find such houses. The set up of the city is spacious so at first glance it does not give the impression to be a big city. Every district lives as a small community with it’s own shops. The micro buses, taxi’s and Bedouin taxi’s drive the people from one district to the next.

El Tur is a city where ordinary Egyptians live and where life is affordable for them, unlike other more touristic places. Traditionally mainly Bedouins and a small group of Greek orthodox christian Egyptians lived here but as the Nile Delta (Cairo and surroundings) gets overpopulated and polluted, more people migrate from that region to the Sinai and to El Tur. This migration is supported by the Egyptian government and the city is developing at a rapid pace. The indigenous people see this all happen with great disquiet. They fear that by this migration and the rapid growth of the city, the peaceful character of El Tur will be affected.

El Tur is the only large city in the Sinai with a natural underground water reservoir. This water flows directly from the mountains of Sinai to El Tur, making it good and fresh water. This also makes El Tur a good place to be. A substantial part of the water from El Tur is transported by to Sharm el Sheikh and other places, where there is no fresh water available.

The city is important for the fish, oil and gas industries and also the dry-dock at El Tur offers employment. Oilrigs and ships for diving and snorkelling are expertly maintained and ships are also built here.

Nowadays we see more and more farming around El Tur and it is remarkable what they can grow here in the fertile sandy soil. Besides olive trees and lemon trees, you can find guava, mango, grapes, strawberries, tomatoes, peppers, eggplants, apricots, figs, peaches, onion, cucumber, potatoes, cauliflower, cabbage, mollogeya (a spinach-like vegetable), zucchini, lettuce, rucula, basil, parsley, coriander, dill and mint. The indoor market (souk) is open daily until late in the evening.

Hope you have found this information helpful and interesting. Here comes my poem RAITHO which was published in Winamop by my Editor Dave last month at http://winamop.com/sk1605.htm

the Land of Fruits

a stopping place for travellers 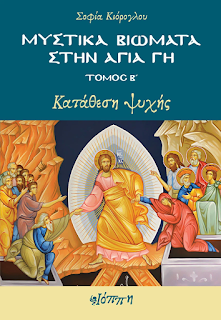 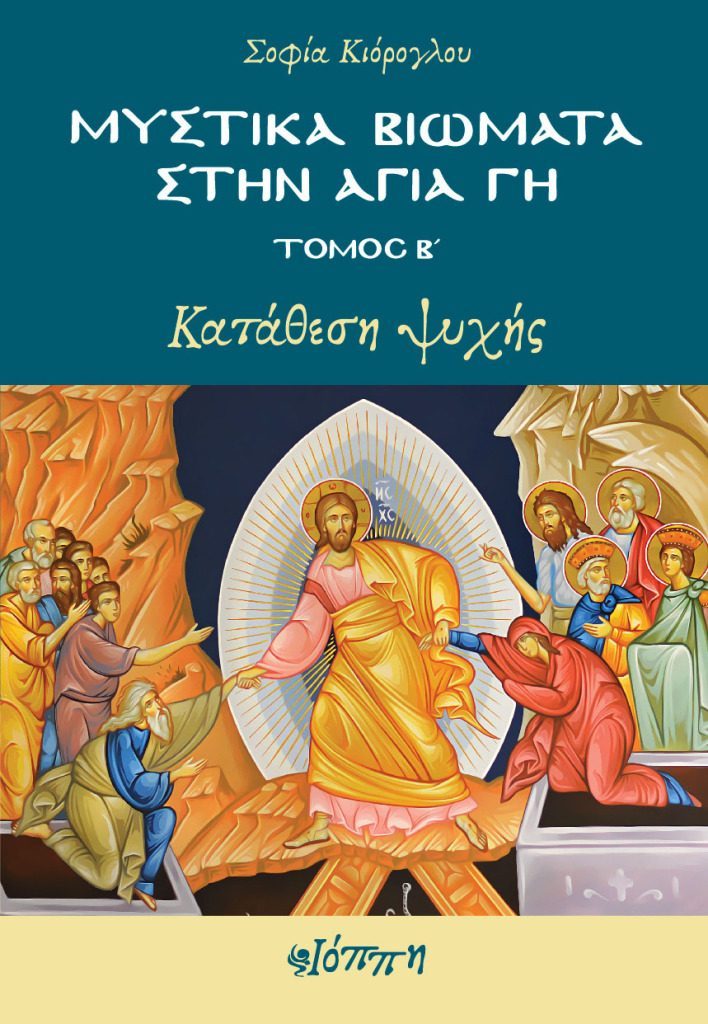