How to protect yourself from demons -Based on Saint Theophan the Recluse, Matthew 17:14-23 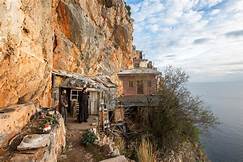 Jesus said “This kind goeth not out but by prayer and fasting.”

If this kind goes out by the prayer and fasting of another person, then it is even less able to enter one who fasts and prays.

Although there are a slew of demons and all the air is packed with them, they cannot do harm to one who is protected by prayer and fasting.

Fasting is a universal temperance, while prayer universal communication with God; the former defends from the outside, whereas the latter from within, for it directs a fiery weapon against the enemies. The demons can sense a man of abstinence and of prayer from a distance, and they flee far away so as to avoid a painful blow.

Is it feasible to think that where there is no fasting and prayer, there is present a demon? Yes, indeed.

The demons lodging in a person, do not always reveal their presence, but lurk there, stealthily teaching their host every evil and turning him away from every good thing; so this person is certain that he is doing everything on his own, but meanwhile he is only fulfilling the will of his enemy.

A FEW WORDS ABOUT THE SAINT

Theophan the Recluse, also known as Theophan Zatvornik or Theophanes the Recluse or (in the Library of Congress Name Authority File, and therefore in many library catalogs) as “Ḟeofan, Saint, Bishop of Tambov and Shatsk, 1815-1894” (Russian: Феофа́н Затво́рник; January 10, 1815 – January 6, 1894) was born on January 10, 1815 as Georgy Vasilievich Govorov (Георгий Васильевич Говоров), in the village of Chernavsk, in the Oryol Governorate of the Russian Empire. His father was a Russian Orthodox priest. He was educated in the seminaries at Livny, Oryol and Kiev. In 1841 he was ordained, became a monk, and adopted the name Theophan. He later became the Bishop of Tambov.

He is especially well-known today through the many books he wrote concerning the spiritual life, especially on the subjects of the Christian life and the training of youth in the faith. He also played an important role in translating the Philokalia from Church Slavonic into Russian. The Philokalia is a classic of orthodox spirituality, composed of the collected works of a number of church fathers which were edited and placed in a four volume set in the 17th and 18th centuries. A persistent theme is developing an interior life of continuous prayer,[1] learning to “pray without ceasing” as St. Paul teaches in his first letter to the Thessalonians.

He died on January 6, 1894 and lay in state for three days in his church. Even after that length of time there was no sign of decay in his unembalmed body. Theophan the Recluse was buried in the Kazan church of the Vysha Monastery

Veneration as a saint

Theophan was canonized by the Local Council of the Russian Orthodox Church of 1988. The act of canonization declared that his “deep theological understanding of the Christian teaching, as well as its performance in practice, and, as a consequence of this, the loftiness and holiness of the life of the sviatitel’ allow for his writings to be regarded as a development of the teaching of the Holy Fathers, preserving the same Orthodox purity and Divine enlightenment.” His feast day is celebrated January 6 or January 10.